How to Live your Brand with Rituals 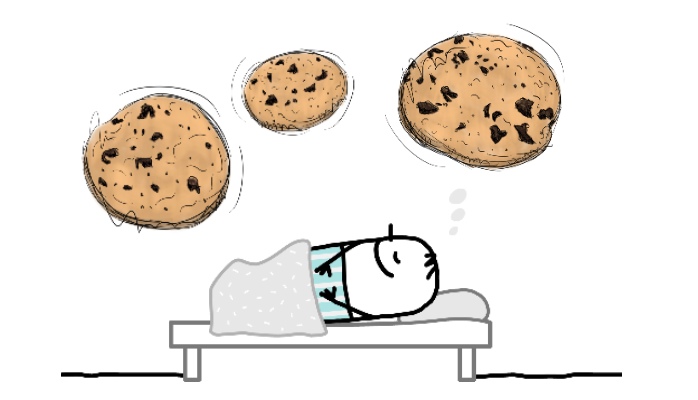 Name the brands associated with the following:

Here’s some brand trivia to go with the above:

Brand rituals offer tactile, visceral ways to engage with a brand. When I hear putter-putter in the sky, I instinctively sense the MetLife blimp overhead. Likewise, I can taste the cookie before I even enter a DoubleTree (Did you know? “Since 1995, Christie Cookie Company has been the keeper of our secret cookie recipe.” Okay, DoubleTree, don’t push it; you’re not Coca Cola.)

And for the record, keeping the Coke formula a super-duper classified secret in a special branded vault is totally a brand ritual!

We associate brand rituals with big budget, agency-driven national brands, but brand rituals can help every brand connect. Let me share a story:

Years ago, I was in the marketing department of CheckFree Corporation. Twice a week, Denise, the owner of a local quick-print shop would bring a box of Krispy Kreme donuts to our department. “Got anything for me?” she would ask. Invariably, we gave her some business cards or something simple to print. We had no idea what her actual printing capabilities were, just that she always came with donuts and provided over-and-above service.

Little by little, we gave “the donut lady” bigger jobs and before long she was printing and brokering a sizeable chunk of our corporate printing. One day I went out to the parking lot and noticed the back seat of her car stacked with donuts – she literally built her business through a brand ritual – donuts.

Similarly, our little community bank installed a corn popper just inside the front door. Everyone in town referred to Decatur First as “the popcorn bank.” If you missed lunch, making an afternoon deposit could keep you going.

When we performed a brand revamp for the Wing Zone restaurant chain, we re-focused the brand on flavor. We discovered that in addition to saucing your wings, the cook would swirl your burger or chicken patty in lemon pepper, garlic parmesan, and other sauces if you asked. Ah ha! We turned this into Wing Zone’s signature brand ritual: “Flavor Fuze™” i.e. wing flavors on everything.

The golden era of brand rituals emerged with airline competition in the go-go sixties. In 1965 Braniff launched the “Air Strip” featuring a Pucci-designed uniform with several layers that would be removed during a flight — vavavoom!

Not wanting to be outdone as sex objects, the National Airlines “Fly Me” campaign mandated attendants to wear suggestive “Fly Me” buttons during in-flight service.

In another stunt, Braniff placed a clock at the front of each cabin. Prior to take-off the flight attendant would set a second set of clock hands at the scheduled arrival time. If the flight landed 15 minutes after that time, attendants would hand out Fast Buck tokens. When one of the planes crashed, lawyers sued the airline claiming that the pilot raced to land in bad weather to avoid the payout.

Some brand rituals are concocted (“Welcome to Moe’s”). Others emerge organically as part of the product or culture (Splitting an Oreo). The creative challenge is to discover the inherent gold in your brand and flaunt it.

Brand Marketing in the News